Hunt of a Lifetime 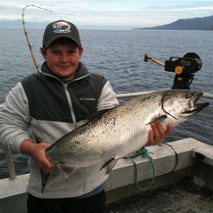 This summer was the best summer ever for my son Brandon.  Thanks to the organization  HUNT OF  A LIFETIME!  Brandon was able to go on truly a trip of a lifetime.  Hunt of a Lifetime is a non profit organization that was started by a woman named Tina Pattison.  There mission is to grant hunting and fishing adventures and dreams for children age 21 and under with life threatening illnesses or diseases.   Her son passed away from cancer when he was just a teenager.  After his passing she  decided to start a foundation that would fulfill dreams like her son Matt’s. “Hunt of a Lifetime” would give terminally ill children the chance to embark on an outdoor hunting or fishing adventure.
Her story is so powerful you should all read it!  Visit the Hunt of a Lifetime website www.huntofalifetime.org 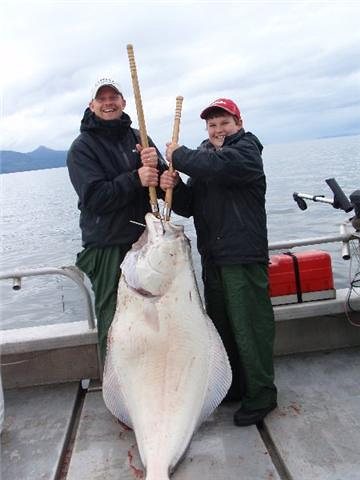 Hunt of a lifetime made is possible for my son Brandon and his dad Roger to go on Brandon’s Hunt of a lifetime.  They provided the way for him to go on a 10 day fishing trip to Alaska!  He has always wanted to fish for King Salmon and Halibut.  They went in early July and spent the most amazing 10 days of their lives.  They left Salt Lake City and flew to Juno where they were picked up by a float plane and taken to the island of Angoon, where they stayed at Whaler’s Cove Lodge!  The people at Whaler’s Cove treated Brandon like he was the King of the Island.  This is such an exclusive place that many children do not get to go there and yet here was my 13 year old son having the best time of his life.  As his dad said for those 10 days they mostly forgot all about Hemophilia!  They were there to fish and bring home the big ones! That they did!  Brandon caught a 200 plus lb Halibut and a 25lb  King Salmon.  Brandon has struggled over the years with Hemophilia wondering why he was given this and why he has to endure so much pain.  I am hoping that at some point in his life he will come to terms with this and be able to understand we are all given something really hard we have to deal with and this is his.  I have tried to teach him to think about Hemophilia as a Gift.  In some ways it has truly blessed our lives. We would not know so many wonderful people if it were not for Hemophilia.  This trip was just the thing that he needed. I can not thank Tina Pattison enough and all those who are involved in keeping Hunt of a Lifetime up and running. God Bless her and all those sponsors and outfitters who are willing to donate there time and money to precious children who really need something to go right for them.   They truly are Angels!  Thank you Hunt of Lifetime!

4 Responses to “Hunt of a Lifetime”