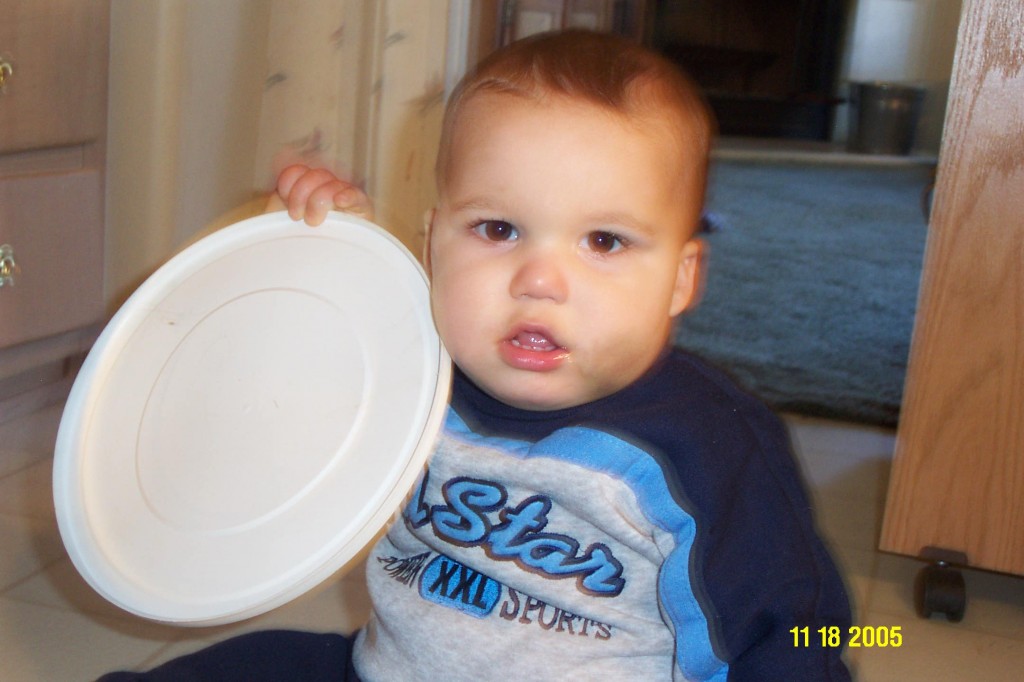 On November 11, 2005 my 11 month old son was diagnosed with severe Hemophilia A. We began infusing him with factor VIII for bleeds. Within 4 months, we began to notice the factor was not healing him as quickly. It was around then that we found out about his inhibitor. After lengthy discussion with his doctors we made the decision to try to fight it off. Jeryn was so young that his best option was to place a port-a-cath in his chest for the daily infusions. He was to be given a very large dose of factor VIII every day, aka Immune Tolerance Induction, for as long as it took.

At this point, all we could do was be afraid for our son. We had, within a six month period, found out our son had a bleeding disorder, the medicine to control the bleeds did not work, and he would have to have surgery if he was to have any chance of beating it. Every doctor will assure you, and your family will console you but at the end of the day you will still be scared. That is ok, you have that right.

Over the next 3 years Jeryn would successfully fend off the inhibitor 4 times.  Each time it would come back without warning and stronger than it was previously.  It is currently August 2009 and his inhibitor level has been 0 since January.  From this point on every day brings the possibility that it may return but also the hope that it will not.

It is important to note that our doctor is one of the best in the world and he told us that if we did not beat it within 18 months the chances we would beat it at all were very low.  Forty-four months later my son is still fighting and still winning small battles.  Throughout this ordeal my wife and I have learned many valuable lessons, the most important being never give up, never quit!

In the beginning you will feel confused, scared, and fearful that you can’t handle having this placed in your hands.  The Bible says that God will never put more on you than you can handle.  You will learn that you have more nerve, ambition, and heart than you ever knew you had.  While it is truly sad that a child must bear this disorder, in the long run, he will be a better, stronger person for it.