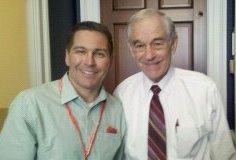 It’s time for an update on this year’s Washington Days and our community’s trip to Capitol Hill.  There were about 300 people from the hemophilia community in DC lobbying regarding healthcare from February 17th, 2011.    Our small group from consisted of Texas Central Chapter and the Lone Star Chapter Texas and we had an awesome day on the hill!  Washington is a really a busy place right now with Congress setting the new budget, but I think we made some progress.  The results are as follows.

First of all, I think almost everyone would agree that what we have fought hard for and have gotten results from Healthcare reform this year, and these results are likely to stick no matter what happens.  Things like no more lifetime caps, young people being able to stay on their parent’s policy until they are 26, pre-existing conditions being lifted for children and National High Risk pools being formed are all positive results that are here to stay.  Almost all the congressman and senators we talked to said that it is unlikely that healthcare will be repealed before the next election.   If we get a shift in power with the next president it could happen, but once things are in place in Washington it is hard to undo what has already been done.

Most things other than increasing Medicaid spending, additional taxes and the issue of Mandating people have insurance are agreed up upon by both sides.   The real problem is that the healthcare bill is full of unnecessary things or “pork” as they call it.  There are a lot of hidden things in it that are causing the controversy.   I wish we could just have a healthcare bill that is just about health care and not 2000 pages of who knows what.   The main problem with healthcare reform is that it really comes at a bad time.   Unlike times in the past when there was a surplus of money, our country is really in trouble with its unbalanced budget and that just spills over into healthcare.   Hopefully, we can get a handle on spending in Washington and there will be some room for compromise on all of the things that affect us in the bleeding disorders community.

Lastly, there is a lawsuit in which about half of the states are suing the federal government for the healthcare reform bill.   It states that it is unconstitutional to mandate that all people have insurance.  We heard that it could be quite some time before that issue is settled, so states have to start preparing for what is already in place in the healthcare bill anyway.   I hope this helps get you up to date.  We will just have to wait and watch and see what happens next.   I encourage you to get involved with your local chapter and do some lobbying on the state level.   If you have never done any before, you should try and see it’s really empowering to see how you can make a difference and who knows who you might meet.  See my picture with Rep Ron Paul who is on the news all the time and ran for president and might again.

All in all, healthcare reform has helped the hemophilia community, no matter what you or I think of it overall, and I just hope and pray we will come to some type of reform that will help everyone and end this terrible insurance crisis in America.  Really, it will be the next two years and then the changes that take effect in 2014 until we really know what the overall outcome for healthcare reform will be.   Here are a few good sites if you want to stay abreast on the latest.  Go to NHF’s site, www.hemophiliafed.org or www.healthcaregov.org.   Thanks for reading, and read as much as you can and don’t forget to stay in shape because ultimately that is the only way we are going to get our healthcare problem fixed!  Andy

One Response to “Washington Days: Update on Healthcare Reform”